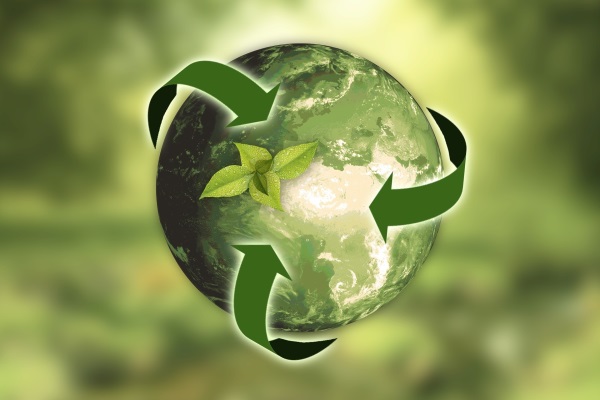 We are often faced with enquiries about packing our cups into plastic bags and whether we could think of a better, more ecological way of packing or perhaps we should not pack them at all. We declined the alternative of not packing the cups right away. At our infancy, cups were not packed at all and we were receiving lot of comments that it is very very insanitary, which we quite agree.

The other alternative was looked into too - the possibility to replace plastic bag with another, more ecological way of packaging. Of course, there are more ecological ways of packaging. However, if we put aside the economic point of view (the cost of biodegradable foil packaging is triple that of a regular foil), the ecological point of view is currently not as unambiguous as everyone would wish either. The dTest magazine together with the Czech Post, the Czech Technological Agency (TAČR), the Institute of Experimental Botany of the Czech Academy of Science, the Research Institute of Plant Production and the companies of EKO-KOM have carried out an extensive project the aim of which was to assess competently this issue and test experimentally degradability and possibilities of the disposal of different types of packaging.

As a result of testing , important facts were obtained. “While assessing bioplastics, two different things have been confused: composition (i.e. whether the plastics are produced from renewable resources) and the way of final waste disposal (biodegradable and compostable plastics).

Biodegradable plastics (the ones that degrade spontaneously in the environment as a result of biological processes caused and action of microorganisms) are not always produced from renewable resources. On the other hand, traditional plastics made from oil may be biodegradable. Many kinds of bioplastics contain an important proportion of oil, mostly around 50% (like bags).

Biodegradability or composition of plastics from renewable resources does not have to mean automatically that they are more environmentally friendly. Degradation of such plastics requires clearly defined conditions like temperature, moisture, presence of necessary microorganisms and exposure period. Even despite these conditions are all present, which is not very common though, the degradation may last even for several years. On the other hand, in terms of their behaviour in the environment, some bioplastics are comparable to normal plastics.

It appears from the testing that degradation of biodegradable plastics in the natural environment takes place much slower (if at all) than declared by their manufacturers. It has also been found out that biodegradable plastics do not degrade in commonly produced composts with fermentation technology in belt heaps, or they degrade with difficulties and for much longer period than that declared by manufacturers.

Only plastics based on polylactic acid, or starch, degrade. The theory that biodegradable plastics are universally degradable thus has not been confirmed.

However, aerobic composting of biodegradable plastics based on polylactic acid and starch requires special conditions: the composition of the composting substrate of easily degradable biomass with higher contents of water, sufficient temperature, moisture, pH and further active aeration together with the added biodegradable plastic proportion and a maximum of 15% moisture. Such conditions can only be established in controlled bioreactors.

The aforementioned thus makes it quite clear, that common plastic bags appear to be the most suitable, provided they are placed into separated plastic waste bins of course. The good news is that we send the products out in envelopes with FSC certification and cardboard packaging manufactured by a company holding valid EN ISO 9001 and EN ISO 14001 certificates.


The information has been obtained from dTest magazine.